Who should own money?

Arthur Blaustein, professor of social policy and community development at UC Berkeley was our guest on our radio talk show “The Fairness Doctrine.” After bemoaning a lack of economic education in America, the progressive professor laid out his economic theory. Intoning age-old clich s, the good professor spoke of the “vast income disparity” between the “top 1%” and the rest of America.

He held the “millionaires and billionaires” responsible for high unemployment and poverty. He earnestly spoke of the need for “income redistribution” and called for a fair division of “the pie.”.....
EXCERPT

The broadcast media’s ignorance and unwillingness to cover the National Defense Authorization Act, a radical piece of legislation which outrageously redefines the US homeland as a “battlefield” and makes US citizens subject to military apprehension and detainment for life without access to a trial or attorney, is unacceptable.

Guys, this is far more important than Penn State’s Disgusting Creep of the Decade, or even Conrad Murray’s sentencing.

Call it what you will: a military junta, a secret invalidation of Americans’ civil rights, a Congress gone mad. Whatever it is, it needs to be covered by the press, and quickly.

Anderson Cooper, Brian Williams, Rachel Maddow, Bill O’Reilly, Sean Hannity, Neil Cavuto and the other handful of household names that mainstream America relies on for news should be talking about this non-stop.....
MORE.....
*****
Posted by Gunny G at Thursday, December 01, 2011 No comments:

What Americans have learned is that those who take oaths and those who keep them are seldom the same folks. “Oaths” seem to come with more than a bit of “wiggle-room.”

Here is what an oath sounds like to a citizen:

“I (state your name) promise to protect and defend the constitution of the United States and to perform my duties with honor…..”

This could be a judge, a soldier, a dog warden, even a police officer. The problem of late has been that those who take oaths seem to have held what we term “mental reservations and evasions” while taking their oaths.

Military Should “Just Say No” To Iran Attack

So who can stop them? Who can prevent a ruinous war on Iran?

Only the US military.

US military leaders – the intelligent ones, not the “my God is bigger than your God” loonies like Gen. Boykin – need to schedule some visits to key political leaders. Some very, very brief visits. All they need to say is: “The answer is no.” Then: “What part of ‘no’ don’t you understand?”

And finally: “Any Israeli planes that attempt to attack Iran will be shot out of the sky; and any American involvement in an Israeli-instigated war with Iran will be on the side of Iran.”

GUNNY G: ARTICLES YA USUALLY JUST DO NOT SEE ANYWHERE ELSE! 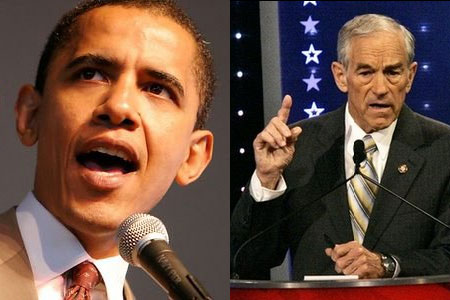 The Federal Security Service (FSB) is reporting today that the “secret letter” sent to Prime Minister Putin by Japanese Prime Minister Yoshihiko Noda contains a warning that United States President Barack Obama has issued an executive-level “kill order” against US Congressman Ron Paul over fears this charismatic politician, who many believe could capture the Republican Presidential 2012 nomination, is about to expose to all Americans what can only be described as the largest mass theft in human history. The “kill order” is a metaphor for silincing down congressman Ron Paul in the mass media as if he doesn’t exist.


According to this report, Prime Minister Noda first became aware of this “kill order” after a private meeting with Obama at last weeks ASEAN Summit meeting in Indonesia when the American President expressed his “unconstrained joy” over the toppling of the Greek and Italian governments in bloodless coups by EU banksters who installed to run these countries unelected former Goldman Sachs executives.

Not known to many Americans is that the giant global investment firm Goldman Sachs put Obama into office by being its top donor and after winning the Presidency put so many of its former executives into the US government it is known as the “Wall Street Cabinet.”